When you ask most managers about the job that they complete and how they feel about the outcomes they achieve, the vast majority feel that they are excellent managers and well-suited to their position. The reality is however, the compass is often more heavily pointing towards them not doing a good enough job than pointing to the opposite end of the spectrum related to a superior job being completed.

In nearly all situations where a manager isn’t fulfilling their potential or excelling in their managerial position, it is almost always due to the fact that they are too soft as a manager. By soft I am not being offensive or intending to criticise, but for most managers, taking complete ownership and being assertive in their approach and directing the troops underneath them is the key attribute that is lacking in their managerial skill set.

What I am talking about here is their inability, or lack of wanting, to take charge. It is often this lack of ability to take charge that underpins the inadequacies seen in the outcomes of their management position.

Major General Norman Schwarzkopf, one of the great military leaders in American history said it best when explaining how he managed and led the coalition forces as the commander-in-chief during the Gulf War… “When placed in command, take charge.”

For so many managers these days, when placed in a position of authority, they become too soft and don’t take charge of the situation at hand. Now I am not advising managers to become exceptionally hardbound, unforgiving and brutal, but the reality stands in that most managers are too worried about people’s feelings, HR challenges and other soft non-challenges, that they forget about actually taking charge and commanding those they were left in control of.

Major General Schwarzkopf was known to be a very strong-willed and disciplined man who actively engaged with his fellow officers and soldiers. He didn’t command in a dictatorial fashion and was always open to new ideas whilst still keeping a firm grasp on reality and a strong focus on the outcomes that needed to be achieved.

As managers, we should do the same. Ensure clarity around our objectives and overall goal but take a stronger managerial aspect in the way we take charge of those under our command. Being proactive, listening to people and addressing concerns are still valid and often essential to get the desired result, but not allowing yourself to become so caught up in the ‘softness’ that ultimately won’t enable success to be achieved is the number one reason why most managers fail in achieving the mission objective at hand. 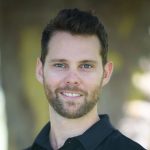