Every aspect of my life, the endeavours that I pursue and the areas I spend my time in must centre around my personal vision in some way. I also live by the motto of Kaizen. This is the Japanese proverb for continuous improvement in your personal and professional life. This is something that I strongly believe in and combining the principle of Kaizen, along with my vision, keeps me very directioned in my life for what I want to achieve.

I grew up in a very supportive and amazing family with my mother, father and elder sister. I was the type of kid that wouldn’t sit still an

d was involved in a large variety of individual and team sports ranging from cricket, tennis and even roller skating. But my true passion lay with swimming which I dedicated my focus in teenage years just to this sport achieving a large amount of success including numerous NSW state titles, national medals and representative NSW and Australian teams.

Upon retiring from swimming at the age of 19, I moved into the world of triathlon and soon fell in love with long distance races and have since completed a large number of Ironman, long course events including twice representing Australia at the World Long Course Championships in Europe. More recently, my long course triathlon has taken a back seat to having more social fun with friends and long distance mountain bike races.

After completing high school at Colo High School, I completed my Bachelor of Applied Science (Sport and Exercise Science) degree at the University of Western Sydney where although I wasn’t the straight A’s type student, I identified very early the need and importance of networking, building relationships and looking to continually grow and learn in a variety of different skill sets.

Throughout university, I worked extensively with a huge amount of different companies in an attempt to gain as much experience as possible. By the time I got to my final year of university, I had formed my first company to consolidate several jobs in the one industry and it was these very early days that I soon learnt the basics of how the business world worked, (or so I thought.)

My business skills continued to develop with my reputation slowly growing to a point where I had way too many opportunities being presented to myself and already too many contracts to fulfill. I was working extensively in many different areas and businesses including the NSW Institute of Sport, NSW Sport and Rec, Triathlon NSW, a variety of Sydney-based and Western Sydney-based rehabilitation companies, several large medical practices, running and developing the Exercise Physiology, rehabilitation and sport science aspects of several leading physiotherapy companies as well as being involved in community health projects, corporate health initiatives with large multi-national companies like AAMI, Woolworths, Qantas and many others. It was because of all of this and the significant growth that I decided to take on board my first team members.

My first major successful company that I’m very proud of is In2Motion Physiotherapy and Exercise Physiology. In a very tough and overcrowded environment in my community, I was able to take my visions for local community needs and build a team that has since gone on to win a significant number of state, national and now three international awards including the Australian Small Business Award for Professional Services, Global Business Excellence Award and most recently the 2013 Pacific-Asia Business Excellence Award for the Best Overall Company (in any industry.)

From these successes, In2Motion grew and we moved to the central coast with the creation of In2Motion Central Coast. Other businesses continued to develop such as the corporate health company IRS Australia and both of these continued to grow and achieve great success.

In the last few years, several additional companies have been developed and further acquisition merges and takeovers have been completed and I have also been very grateful to be offered many opportunities to work within some amazing businesses already well-established and be a part of growing teams that have seen these businesses go from strength to strength.

One of my most recent companies is the founding of the Global Kaizen Group. With my business partner and I, we have set up an importing and distribution company providing the highest quality sports, rehabilitation and medical products and aids into Australia and other countries. The Global Kaizen Group also has an Allied Health business development arm where we run individualised business development programs for more than 20 companies around Australia to help share our knowledge and success with our colleagues that are doing some amazing things within the communities.

Currently, I spend my time working with more than six companies directly and with more than 20 others in a less formal role. I also spend vast amounts of time with my wife and three beautiful children and my years of dedication and hard work have enabled me to now focus on my family and Empowering and Inspiring Lifestyle Abundance in all of the businesses I work in and around.

I am also very fortunate enough to be able to spend a large amount of time working for various charities and non for profit organisations. Just some of my current positions include being the national treasurer of Exercise and Sports Science Australia (ESSA) as well as being the President of the Hawkesbury City Chamber of Commerce. I also spend large amounts of time for other non for profit community groups and charity events which is something that greatly excites me and something I’m looking to further involve myself in within the coming years. 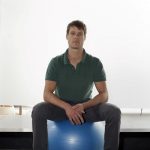